Catharine Chen is the recipient of the Claudette Upton Scholarship

In an Age of Instant Communication, Scholarship Recipient Sees Defining Editors' Roles to the Public as Key

Toronto, May 8, 2013—The Editors' Association of Canada (EAC) has announced that Catharine Chen is the 2012 recipient of the Claudette Upton Scholarship. The $1,000 cash award, which helps support continuing professional development in editing, will be presented during EAC's annual conference, scheduled for June 7 to 9 in Halifax. 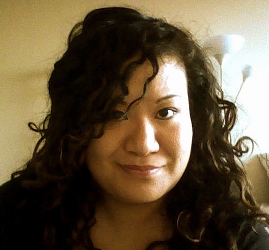 One might be tempted to assign Chen's attraction to correctness in writing to the struggle of growing up with a non-traditionally spelled name: "That's Catharine with two A's!"—but in fact, like many excellent literary editors, Chen began her career as a creative writer. It was during her MFA in Creative Writing at the University of British Columbia that Chen discovered editing was as fulfilling for her as writing, and maybe even more so. The program's workshop model encouraged not only non-stop writing, but also the critiquing of her classmates' writing. She enjoyed analyzing a piece, determining what it might need, dreaming up suggestions and discussing those discoveries with the author.

Since moving to Toronto from Vancouver in 2010, she has worked as an editorial intern and freelance editor with Harper Collins Canada, and as a fiction and non-fiction editor with Author Solutions. She has also been self-employed as a transcriber and structural editor, all while completing Ryerson publishing courses.

Chen notes: "Few people outside of the industry have an understanding of what editing entails, or the skills and time it requires." In order to articulate to the public the role of editor as a facilitator of communication, "it should be impressed upon anyone who wants to disseminate ideas that, what with the current influx of authored materials, an editor's eye will improve the quality of … prose to set it apart from all the untested, unhoned work out there."

This year's selection committee for the Claudette Upton Scholarship was made up of three highly respected Canadian editors: Zofia Laubitz, a freelance editor, proofreader and translator from Montreal; Emily Dockrill Jones, an experienced writer, editor and trainer from Toronto; and Michelle Boulton, creative director of a Saskatoon communications company that specializes in custom publication. All are long-time active members of EAC.

The Claudette Upton Scholarship is an annual, national award that recognizes a promising emerging editor from among EAC's student membership. The award memorializes EAC honorary life member Claudette Reed Upton-Keeley, a gifted editor who loved the English language and was actively involved in social justice and environmental causes throughout her life. She is remembered for her wonderful sense of humour and her sharp mind.

About the Editors' Association of Canada
The Editors' Association of Canada/Association canadienne des réviseurs began in 1979 as the Freelance Editors' Association of Canada to promote and maintain high standards of editing. EAC is the voice of editors in Canada, with more than 1,500 members, both salaried and freelance, who work in the corporate, technical, government, not-for-profit and publishing sectors. EAC's professional development programs and services include certification, an annual conference, seminars, guidelines for fair pay and working conditions, and networking with other associations. EAC has six regional branches: British Columbia; Prairie Provinces; Saskatchewan; Toronto; National Capital Region; and Quebec/Atlantic Canada, as well as five smaller branches (called twigs): Kitchener-Waterloo-Guelph, Ontario; Hamilton/Halton, Ontario; Kingston, Ontario; Peterborough, Ontario; and Nova Scotia.