Toronto, June 12, 2017—The Editors' Association of Canada (Editors Canada) has announced that Jeanne McKane of Toronto, Ontario, is the recipient of the 2017 Lee d'Anjou Volunteer of the Year Award. 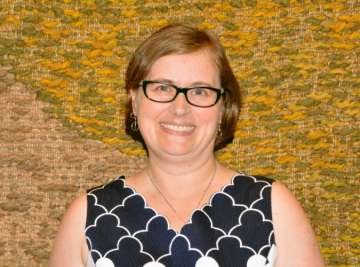 For McKane, offering professional certification means editors now have a significant goal to aspire to in their careers. But it's even more than that.

It's not what I expected at all—it's been the improvement of my standing with other professionals. As a healthcare editor, I spend a lot of time working closely with doctors, nurses, pharmacists and other healthcare professionals, for whom certification is a long-established practice, and a significant part of their own self-image. There is no doubt that when I make them aware of my CPE, it shifts their perceptions of me a little—it allows them to view me more as a collaborator with a different specialty, rather than as support staff, and that, in turn, gives me a greater chance to contribute my own knowledge and skills to a project.

Before joining the certification steering committee, McKane spent five years volunteering for the Editors Toronto professional development committee. The members who nominated her said she "embodies the best qualities of an Editors Canada volunteer, working enthusiastically, fielding criticisms expertly, answering questions patiently, and handling her responsibilities reliably and passionately. We look forward to seeing her commitment to the association rewarded with [this award]."