The Editors Canada conference committee is excited to announce the keynote speakers for the 40th anniversary national conference, to be held June 7–9, 2019, in beautiful Halifax, Nova Scotia.

Renowned journalist and author Linden MacIntyre will give the opening keynote address. Linden has spent 50 years working as a journalist in print, television, and radio. His career at the CBC includes 24 years at The Fifth Estate, 7 years as a journalist-producer at The Journal, and 3 years as host and national editor of the CBC current affairs radio program Sunday Morning.

Linden has worked on numerous collaborations between The Fifth Estate and the PBS documentary program Frontline, as well as co-productions with the New York Times. He is the author of seven books, including five novels. His second novel, The Bishop's Man, was the winner of the 2009 Scotiabank Giller Prize, Canada's top award for literary fiction.

His latest novel, The Only Café, was released by Penguin Random House Canada in 2017. His eighth book, a work of non-fiction, is The Wake, due for publication in 2019. 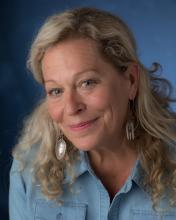 The closing keynote speaker, Sheree Fitch, is a multi-award-winning writer, speaker, and educator. She is also the author of over 30 books in a variety of genres. Since the publication of her first book in 1987, Toes in My Nose, she's travelled the globe as a visiting poet and storyteller, writing instructor, and literacy educator.

A popular presenter at literary festivals, libraries, and conferences, Sheree has received the Vicky Metcalf Award for Literature for Young People, an award given to authors with a body of work that is inspirational to Canadian children. She has three honorary doctorates for her contribution to Canadian literature on issues affecting women and children.

She owns a seasonal book shop in rural Nova Scotia.