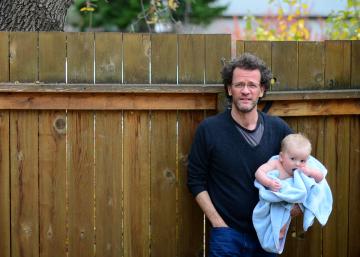 Editors Canada is very pleased to announce that Yann Martel will be one of the keynote speakers at our 2018 national conference in Saskatoon, Saskatchewan.

Martel is a writer best known for his Booker Prize-winning novel Life of Pi. It was translated into 43 languages, has sold 13 million copies worldwide, and was adapted to the silver screen by Ang Lee, garnering four Oscars.

The son of Canadian diplomats, Martel was born in Spain in 1963. He grew up in Alaska, Costa Rica, France, Mexico and Canada. He studied philosophy at Trent University, worked at odd jobs—tree planter, dishwasher and security guard—and travelled widely before turning to writing.

Martel took a position as the writer-in-residence at the Saskatoon Public Library in 2003–04. He still lives in Saskatoon with the writer Alice Kuipers and their four children.

Although his first language is French, Martel writes in English. He is the author of a short story collection, The Facts Behind the Helsinki Roccamatios, and of four novels, Self, Beatrice & Virgil, Life of Pi, and his latest, The High Mountains of Portugal.

Martel also ran a guerilla book club with Stephen Harper, sending the former prime minister of Canada a book every two weeks for four years. The letters that accompanied the books were published as 101 Letters to a Prime Minister. 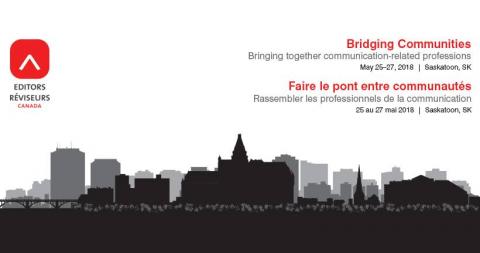 Want to connect with hundreds of editors, writers and communication professionals? Plan to join us May 25–27, 2018, at the Radisson Hotel Saskatoon.

Known as the "City of Bridges," Saskatoon has eight bridges that span the beautiful South Saskatchewan River, which meanders through the city. They are a vital part of the fabric of our community and remind us of the importance of making connections.

Fittingly, the theme of the 2018 conference will be "Bridging Communities—Bringing Together Communication-Related Professions." We see this as an opportunity to bring together editors from the Prairies and across the country, as well as professionals from other related organizations. Save the date and get ready for a weekend of networking, learning and fun! Registration opens in February 2018.