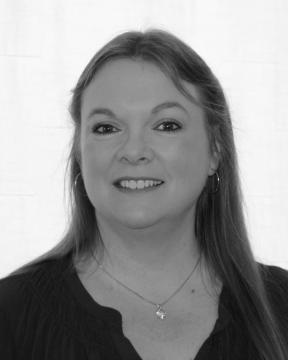 Donna Dawson was nominated for her work on certification.

For 10 years, Donna provided the certification steering committee with steadfast, reliable and highly skilled support. She did the following:

Although she passed the test analyst reins to someone else in 2019, she agreed to provide training and advice for her replacement.

The role of the test analyst is key to upholding the integrity of the professional certification program. The analyst helps evaluate the validity and reliability of each exam, helps train all of the test and evaluate exam markers, and ensures marking fairness and consistency. This is a weighty responsibility.

For six years, Donna performed this job with care and sensitivity. Although she never knew who the test candidates were, she saw all of their work and kept what she saw confidential. She spent many, many hours on this task between September and February each year. She paid extremely close attention to detail, insisted on high quality, and was incredibly patient in explaining her rationale and helping other volunteers understand her thought process. Without her work, the association's world-renowned Professional Certification Program could not continue.

Donna is a certified professional editor (CPE) with an honours degree in theatre. She has been editing since 1995 and freelancing since 1996. In 2010, she earned the prestigious CPE from the Editors' Association of Canada.

Donna has worked on financial and business material, stock market research reports, medical journals, continuing medical education programs, nutrition and health material (especially cancer care), advertising and marketing materials, self-help books, magazine articles, educational materials, and more. She has even proofread billboards. She has helped more than 20 authors successfully self-publish their books, many in the field of small business, family business, and personal finance. She tells them, “I know how grammar works, but I'm not a pedantic stickler—I believe clarity is more important.” Her training includes more than 25 Editors Canada seminars.

Janine was nominated for her work as the leader of the 40th anniversary task force.

The task force planned and implemented initiatives to honour the association's history, celebrate its achievements and promote its objectives to editors, communicators and publishing in Canada and abroad. At various times since the task force started in May 2018, members have come and gone, doing a little or a lot, to contribute to commemorating this milestone year. The one thing that remained constant was Janine leading the work.

The task force developed the tagline “Celebrating 40 years of editorial excellence,” which was used extensively in anniversary promotions. An anniversary is a perfect fit for #ThrowBackThursdays, so Janine created and posted anniversary-themed social media content each Thursday. These posts not only needed ideas and text, but also images, which Janine found.

Countless hours went into gathering photographs and important dates to include in the interactive timeline, and that was after research and testing was done to find the online tool to create it. The timeline showcases what the association has done in the past four decades, including the launch of the Tom Fairley Award in 1983, the first freelance editorial agreement in 1985, the release of the first Editing Canadian English in 1987, the adoption of Professional Editorial Standards in 1991, the publication of Meeting Editorial Standards in 1996, the launch of certification in 2006, the introduction of twigs in 2011, the first international editing conference in 2015 and so much more. Bits of trivia found along the way were used to promote its launch. This was a massive amount of work by the task force under Janine's leadership.

Through months of hard work and preparation, Janine organized the 40th anniversary task force to meet Editors Canada's need to celebrate this milestone year. Under Janine's leadership, the task force completed everything they set out to do. Her generous gift of time and energy to the association is an example that inspires others to volunteer and promotes the association for all it does.

Off hours, she works as a freelance writer and editor. Janine's strength is ensuring reports are clear, concise, logical and well-sourced with the readers' perspective in mind so they can quickly navigate the information.

Originally from Vancouver, she has worked throughout Canada and the United States, but now calls Ottawa her home.

When she's not editing or managing, you'll find her canoeing, camping or exploring the world, usually with a coffee or a glass of wine in hand.

Sophie was nominated for the consistent translation work she has provided to the association, especially her ongoing work on the annual conferences and her help with the Welcome Kit.

Sophie has been volunteering for the conference since 2014. Her nominators noted that they could always count on her for her accurate and timely translations, even when the request was last minute and the text was needed urgently. They also noted that she's a pleasure to work with.

Sophie always shows great care with her translations. Her translations are not only accurate, they show how committed she is to her craft and the association. This was especially evident with the 2019 conference stream names. Instead of translating the English directly, Sophie took the time to understand the feeling the conference committee was going for, so she was able to come up with idiomatic translations that captured the spirit of the streams and the theme the committee was trying to portray. The conference committee speaker coordinators greatly appreciated her care and effort.

In addition to her sustained volunteering for the conference, Sophie helped the member services committee with the Welcome Kit project for new members in 2018. She did an amazing job translating the kit and adapting it for francophone members, which was a massive job.

Sophie has a bachelor of arts degree in translation, but she was editing and translating even before she finished her degree. Her work experience spans almost thirty years in a variety of fields, as an employee and as a freelancer.

She has been a member of the Quebec branch of Editors Canada since 2012.

Lee was nominated for her work on the Toronto programs.

Each month, she assembled an impressive lineup of speakers who are experts in their field. From featuring Giller Prize–winning authors (Michael Redhill and Esi Edugyan) and their editors to revisiting Editors Canada's Professional Editorial Standards, Lee organized branch meetings that attracted members and non-members. The meetings also attracted a range of editors from students to seasoned editors.

As a result, attendance at branch meetings increased considerably. Also, Editors Toronto meetings now include a raffle, and Lee has helped in securing donations for raffle prizes.

Lee is an enthusiastic, reliable, and knowledgeable team player and a formidable problem solver, always prepared to help other branch executive members in their tasks or otherwise provide support where needed. And Lee has also greatly enhanced our branch's social media presence, forging countless new relationships with editors, writers, authors, and artists.

Besides organizing monthly programs, Lee strengthened the branch's relationships with the Professional Writers Association of Canada, Canadian Authors–Toronto and the Creative Writing Program at the School of Continuing Studies, University of Toronto. This resulted in more joint programs and it expanded and strengthened Editors Canada's network and reach. Her tireless efforts will be felt for years to come.

Lee was born in Boston and travelled a lot as a child, living in Zambia, the United Kingdom and many parts of the United States before immigrating to Canada in 1983. She worked as an arts journalist for 10 years, earned an MFA in film and video at York University, and published numerous film essays in academic books and journals before returning to her two earliest passions, poetry and fiction, in 2015. Her poems and short fiction have appeared in Hegira and Silver Birch Press, and she was named an Emerging Writer for East York in Open Book Ontario's 2016 “What's Your Story?” writing contest.

Lee works full time as an editor for Colborne Communications and Iguana Books. She is also programs chair for Editors Toronto and co-president of Canadian Authors–Toronto.

Mary Rykov was nominated for her work in updating the Ethical Guidelines for Editing Student Texts.

The original guidelines were first developed in 2005. Mary not only updated the existing guidelines for ethical editing of papers at the graduate and doctoral level, she also added a second set of guidelines to cover undergraduate papers. The guidelines offer practical, plain language suggestions for editors who embark on student papers. Along with the updated guidelines, she created a permission form to be co-signed by the editor, the student and the supervisor, stipulating what the editor may do.

To achieve this impressive task, Mary conducted research with university faculty and administrators, writing centre professionals, and members of Editors Canada who have experience in working with student texts. She also reviewed similar guidelines from other editing associations. Finally, she piloted the guidelines with students she works with to ensure they are practical and useful for editors, students, and university supervisors and professors.

And Mary's work didn't stop when she delivered the documents to the association. She also helped with discussing the guidelines with the media, and she generously shared her experience and expertise with those working on a French version of the guidelines.

Mary H. Auerbach Rykov is a poet and essayist who is published in numerous print and web venues; her poetry collection, some conditions apply, launches spring 2020. She holds a PhD in Adult Education (UT, 2006), an MA in Music Therapy (NYU, 1995), and a BA in Psychology and Communications (SFU, 1985). She has contributed in various ways since joining Editors Canada (Toronto Branch) in 2010, most recently as project lead to revise the Guidelines for Ethical Editing of Student Texts. Mary is an unabashed education junkie who loves working as a scholarly-academic editor, writing mentor, and proofreader for Pulp Literature Press.

JJ and Jacqui were nominated for their work in creating the Barrie twig.

April 2019 marked the first anniversary of Editors Barrie. Despite Woods-Powell and Wilson working their day jobs, they spent their time, research and energy in making the twig happen in a community that was in need of one.

Opening a twig in Barrie, Ontario was a great way for Woods-Powell and Wilson to encourage people to participate and become familiar with Editors Canada.

The first Editors Barrie meeting consisted of a whopping 25 people attending. A year later, there are still new interests and new guest speakers.

JJ Wilson is a freelance editor living and working in Barrie. Having volunteered for Editors Canada in the past, JJ recognized the value of this organization and the benefits of volunteering. JJ was an instructor at Georgian College in Barrie and helped to develop a course in Style and Editing through the Professional Writing and Communications program. Along with her colleague Jacqui Woods-Powell and graduate student Julie Mann, they launched the Editors Barrie twig serving Simcoe County and regions to the north.

Even though Jacqui is new to the world of editing, her love for reading, writing and theatre has always been in her life. Jacqui is a mother of five and lives with her husband in the beautiful town near Midland, where she can ski in the winter months, and cycle in the summer months.