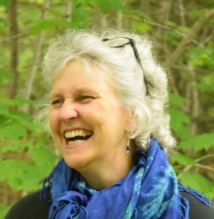 Alex is a freelance editor, proofreader, and indexer who lives in rural Nova Scotia. She served as the recording secretary for the national executive council of Editors Canada and for the annual general meeting of members. She is also the president of the Indexing Society of Canada (2019–2021). She has created indexes for a variety of books, including several of the volumes of the Truth and Reconciliation Commission Report.

Maxie Bai Martin is a freelance copyeditor and writer, with science competency, specializing in nonfiction and academic work. She holds an Honours BA and a BSc of Life Sciences from McMaster University, and a diploma in East Asian Studies from Korea University. Maxie licensed KW Copyeditor in 2017.

As an editor, she works on academic monographs and journal articles, mostly author side. As a writer, her recent work has included websites, corporate copy, and white papers. Additionally, her translations of Yi Sang's poetry have been published in the literary journal, Monkey Business: New Writing from Japan.

Letitia Henville works with researchers as they articulate their goals to an audience of their peers. With a PhD in English Literature, experience reviewing arts and culture grants for the Vancouver Foundation, and working in the Faculty of Medicine at UBC, Letitia specializes in editing writing in health sciences, social sciences, and humanities. Her expertise is in proofreading and editing research grant proposals and article manuscripts, drawing on the principles of plain language and design.

Cathy McPhalen edits and writes for public and specialist audiences in health and medical sciences, natural sciences, and engineering. Using her PhD in biochemistry, she helps her clients communicate their research to all their readers: experts, grant reviewers, policy makers, patients, donors, and others.

Lynne Melcombe has been writing and editing for over 30 years. She has written long-form features and short news bits, op/eds and blog posts, celebrity profiles and lifestyle articles. As an editor, she has worked on four-page newsletters and four-colour magazines, book-length manuscripts and business documents, training manuals and academic courseware, theses and dissertations. For the past several years, she has increasingly focused on editing books. She graduated from the University of King's College's Master of Fine Arts program in Creative Nonfiction Writing and is working on a book about concussion.

Joanna Odrowaz has a background in physiology and biochemistry, which she uses to edit scientific and medical editing texts. She also coaches scientists from different countries in writing articles for publication in English language scientific and medical journals. She edits documents in a wide range of subjects, though mostly science related. Topics include epidemics, antimicrobial resistance, and vaccinations; food contaminants and pesticide and antibiotic residues; nursing, health office administration, and first aid training; and climate change and pests.

Jim Taylor is the author or ghostwriter of 17 books. He was the founding editor of an ecumenical clergy journal, PMC: The Practice of Ministry in Canada. In 1981, he and Ralph Milton founded Wood Lake Books, Canada's largest independent religious publishing house. He was the Managing Editor of The United Church Observer, at the time Canada's largest religious periodical. Before that, he had ten years in broadcasting, in both radio and television, with the Canadian Broadcasting Corporation and with private stations. He developed the Eight Step Editing workshops, which he taught across the country. He became an honorary life member of Editors Canada in 1993.