Toronto, June 10, 2019—The Editors' Association of Canada (Editors Canada) has announced that Margo LaPierre of Russell, Ontario, is the recipient of the 2019 Claudette Upton Scholarship.

The award was presented at the awards banquet of Editors Canada's 40th anniversary conference in Halifax on Saturday, June 8. The scholarship is a $1,000 cash award intended to support continuing professional development in editing. 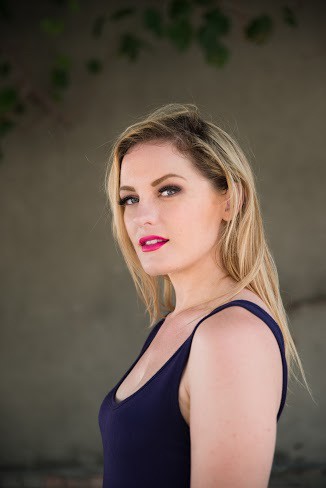 LaPierre's love of language began at a young age. "As a child, reading eclipsed all other pastimes, except maybe for solo nature excursions, and I grew up wanting to be a writer," she says. While working toward her Bachelor of Arts in Arts and Contemporary Studies from Ryerson University (2013), she edited her friends' essays. After a few months, those friends became more confident in their writing.

"It was a great feeling to see that each of their essays was better than the last," she says. "I'd wanted to be an editor since high school, but I didn't see how I could become an editor without having been a writer first."

After graduating, LaPierre taught English in Taiwan before her first book of poetry, Washing Off the Raccoon Eyes, was published in 2017 by Guernica Editions. Her experience working with her editor, Elana Wolff, led her to Ryerson's Publishing Certificate program and the editing profession. She also credits Guernica Editions for its support in launching her editing career, first by hiring her as a publicity intern and then as a fiction editor upon completion of the Publishing Certificate.

"My experience on both sides of the author/editor equation may contribute to my ability to understand that my perspective as an editor is only one of many," she says. "There's a poetry in editing as well: the editor draws attention to possible pathways in the narrative and the author creates choices that then extend to the reader."

"I'm sure I take my own sensibility as a poet into the equation (I appreciate brevity, and the magical)."

LaPierre recently left her full-time job to focus on her freelance editing career and learning and networking opportunities. The scholarship allowed her to attend Editors Canada's conference in Halifax and to apply for the John Eerkes-Medrano Mentorship Program as a mentee.

When asked what the best advice she ever received was, LaPierre had the following words of wisdom to share with her fellow scholars and editors.

Hoa Nguyen, who is a brilliant American poet and whose poetry course I attended at Ryerson during my undergrad, advised me to submit my poetry manuscript to Guernica, which I did. My life unfolded from there—from an observer of the literary to a participant in the publishing process. She also advised me to seek out a community of poets and to engage with the living (and not just words on the page). Which I also did! I started to go out to open mics in Ottawa and Toronto and to seek out other poets. It's remarkable how open and inspiring the poetry community is here in Canada, and I'm now finding the same with the editing community. So that advice—find your contemporaries, find a community, find a conversation—it's good advice.

And the runner-up is from my mother, who said not to worry about how long it takes to achieve your goals, as long as you don't give up.

About Editors Canada
The Claudette Upton Scholarship is an annual national award that recognizes a promising emerging editor. The award is named in memory of Claudette Reed Upton-Keeley, a gifted editor who loved the English language and was actively involved in social justice and environmental causes throughout her life. She is remembered for her wonderful sense of humour and her sharp mind.

Additional information about the Claudette Upton Scholarship is available on the Editors Canada website.